Bieber strikes out 11 as streaking Indians shut out Pirates 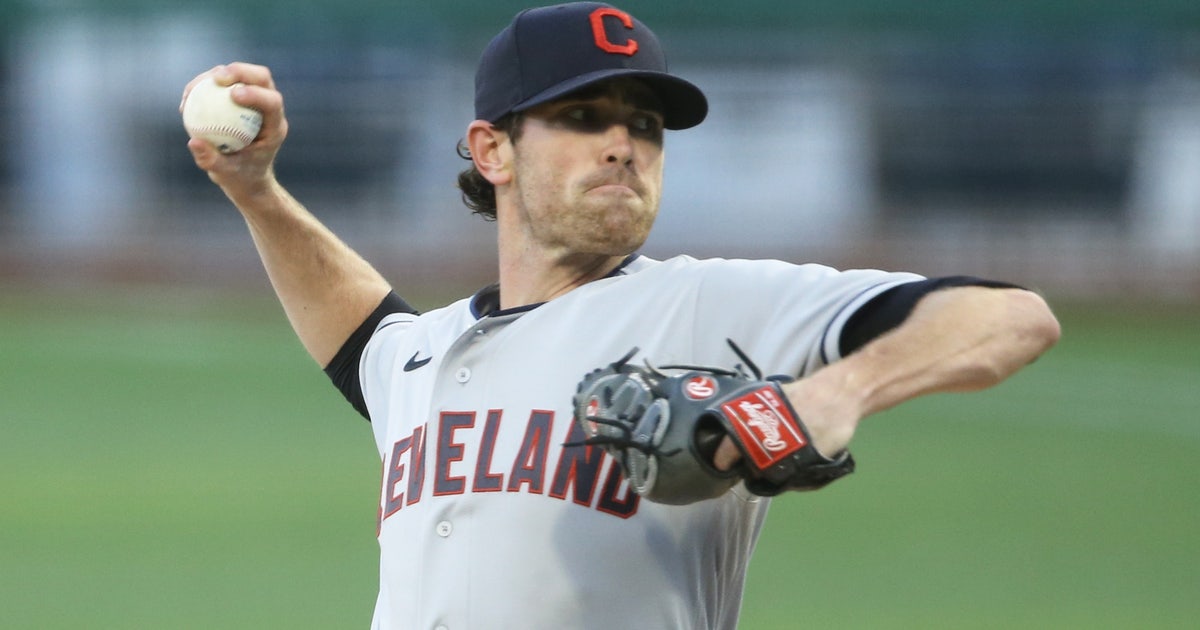 PITTSBURGH (AP) — Unbeaten Shane Bieber racked up 11 more strikeouts and the Cleveland Indians blanked the Pittsburgh Pirates 2-0 on Thursday night to complete a three-game sweep and extend their winning streak to a season-high six games.

The right-hander allowed six hits and walked none in six innings, throwing 99 pitches. Bieber (5-0) has struck out a major league-best 65 in 40 2/3 innings, an average of 14.4 per nine innings.

“You saw why he’s one of the best pitchers in the game,” Pirates catcher Jacob Stallings said. “He has five good pitches and command of them all. When you have stuff and command, you’re going to put up (strikeout) numbers like that.”

Oliver Perez, Nick Wittgren, James Karinchak and Brad Hand finished the shutout. Hand recorded his seventh save in as many opportunities.

The trip came right after two of their starting pitchers, Mike Clevinger and Zach Plesac, were assigned to the alternate training site in Eastlake, Ohio. The right-handers violated COVID-19 protocols when left the hotel during a trip to Chicago earlier this month.

“It shows you the culture of the organization and the character the guys have,” said Indians first base coach Sandy Alomar Jr., who is running the club while manager Terry Francona is sidelined by a gastrointestinal issue.

Bieber has at least eight strikeouts in all six of his starts, the third-longest such streak to start a season in Indians history. Bob Feller did it in nine straight games in 1946 and Sam McDowell had a seven-game streak in 1966.

It was the 11th double-digit strikeout game of Bieber’s three-year career. Herb Score (17) and Feller (12) are the only Indians with more.

Bradley Zimmer had an RBI single in the second inning and Cleveland got its second run on first baseman Josh Bell’s throwing error in the eighth.

The Pirates’ best scoring chance against Bieber came in the sixth when they put runners on first and third base. However, he retired the next three batters to preserve the shutout.

Trevor Williams (1-4) was lifted after throwing 90 pitches in four innings. He gave up six hits and two walks while striking out five.

“It was like they were expecting what was coming and refused to sell out on their approach,” Williams said. “As a starting pitcher, it’s embarrassing to only go four innings, but I also have to tip my cap to a good, veteran lineup.”

Tyler Naquin had three hits for Cleveland, which left 14 runners on base.

Kevin Newman, who extended his hitting streak to nine games, and Jacob Stallings both had two hits apiece for the Pirates.

The Indians hope to have Francona back in the dugout Friday night when they play the Tigers in the opener of a three-game series in Cleveland.

Francona had a medical procedure this week to address a gastrointestinal issue that has bothered him since spring training. Francona missed his 11th game Thursday because of the ailment.

“We need Tito here,” Alomar said. “He brings so much to the table.”

Pirates President Travis Williams has tested positive for COVID-19 and said he is “on the road to recovery.” He said he knows of no other positive tests within the organization.

He said in a statement Thursday he began feeling symptoms Monday night.

“Fortunately, however, I followed the critical health and safety protocols that we have put in place, including wearing a mask as required, maintaining safe social distance,” Williams said.

Williams said the team has begun tracing to identify anyone with whom he may have been in contact.

McKenzie missed last season because of a shoulder injury after pitching at Double-A Akron in 2018. He has gone 26-16 with a 2.68 ERA in 60 minor league games over four seasons.

McKenzie was a supplemental first-round draft pick in 2015.

Plesac was scheduled to pitch a simulated game Thursday in Eastlake. Clevinger worked five innings in the same circumstances on Wednesday.

GM Mike Chernoff declined to say when Plesac and Clevinger might rejoin the team.

Pirates designated hitter Colin Moran was ejected in the fourth inning by third base umpire Tripp Gibson for arguing a check-swing third strike.