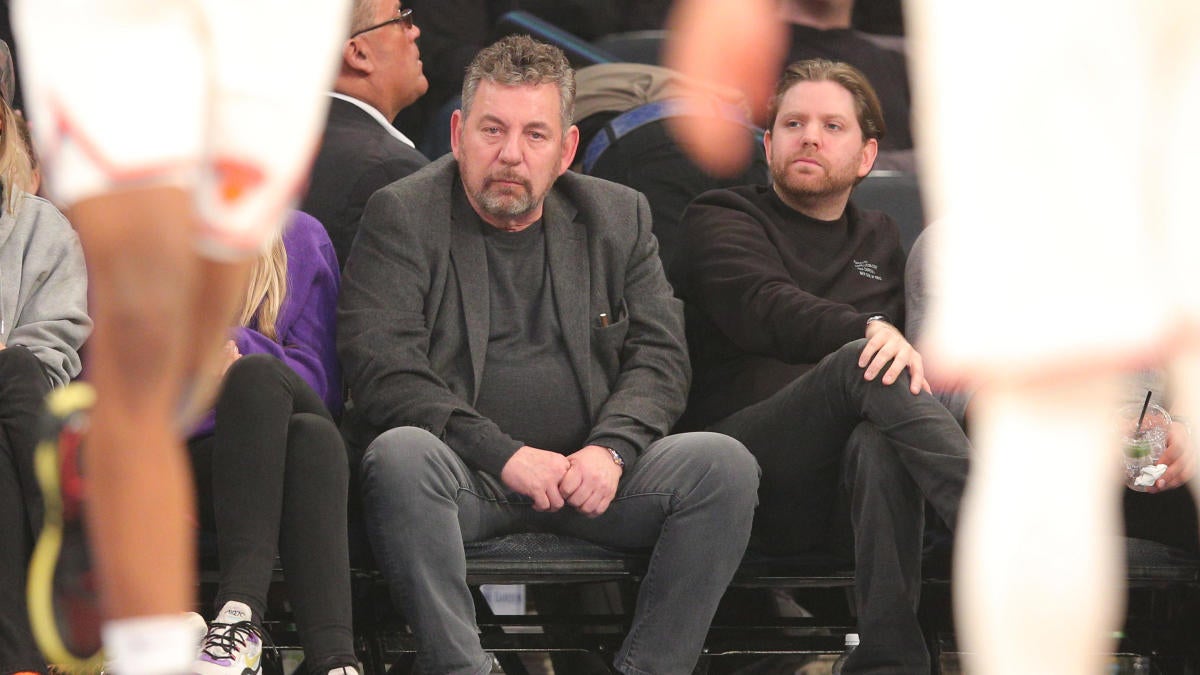 The 2020 NBA Draft Lottery is officially in the books, though it didn’t look like any lottery we’ve seen in the past. It took place in the middle of August with representatives video conferencing in from their homes — a jarring sight even in a year where we’ve grown to expect the unexpected.

Speaking of unexpected, there were a few surprises in this year’s lottery, like the Charlotte Hornets and Chicago Bulls jumping into the top four, and the poor New York Knicks landing the No. 8 pick after having the sixth-best odds at the top prize. The Minnesota Timberwolves wound up with the No. 1 pick, but they weren’t the only big winner of the night. Here’s a look at a few winners and losers from Thursday’s NBA Draft Lottery.

You almost feel bad at this point. Sure the Knicks had more than double the chances of picking eighth than they did picking in the top six, but that’s not what New York fans want to hear right now. Last year’s dreams of pairing Zion Williamson with Kevin Durant and Kyrie Irving quickly went down the drain on lottery night, and this year any hopes of landing LaMelo Ball or another top prospect have been dashed as well unless they choose to part with an asset via trade. Even point guard De’Aaron Fox, who represented the Kings at the lottery, joined in on the schadenfreude of Knicks misery on Twitter.

The Knicks still haven’t had a No. 1 overall pick since they selected Patrick Ewing in 1985, and they’ll have to hope that whoever they come away with this year works out better than recent lottery picks Kevin Knox (No. 8) and Frank Ntilikina (No. 9).

The Warriors didn’t get the top pick, but snagging No. 2 essentially serves the same purpose. Clearly still in championship mode, Golden State will look to shop this pick, packaging it for a superstar or multiple players who can contribute right away. Anthony Edwards and LaMelo Ball are the consensus top two in the draft, so there’s a strong chance that a team picking lower down will be willing to cough up an asset in order to draft one of them at No. 2. With the loss of Kevin Durant, Andre Iguodala and Shaun Livingston from the last Warriors Finals team, they are in desperate need of capable two-way wings, so expect them to target that type of player in the trade market.

If they do end up picking, Edwards seems like the best fit. He’s already a refined scorer who has an NBA-ready body and can play the wing. Team president Bob Myers said he is looking for a player who can contribute now as well as help build for the future (who isn’t?), so he likely won’t take a more raw prospect like Ball or James Wiseman. Even if they can’t pull off a blockbuster deal, the Warriors may still consider trading down if Edwards is taken with the top pick.

The Cavs had the second-worst record in the NBA this season, and while Collin Sexton made a significant leap and Kevin Porter Jr. showed intriguing flashes, they still don’t look to have a future superstar in the mix. A top-three pick might have gotten one for them, but by falling to No. 5 they may have missed out on their chance. A higher pick also may have gone a long way toward enticing a team to take Kevin Love’s contract off their hands, but No. 5 in what is considered a weak draft is probably going to be a harder sell. This was the biggest drop from pre-lottery odds of the night.

The Wolves cut bait on the Andrew Wiggins era by trading for D’Angelo Russell, who is not only good friends with franchise cornerstone Karl-Anthony Towns, but also fits perfectly alongside him as a pick-and-roll partner and 3-point shooter. Along with the Warriors and Cavs, Minnesota had the best chance of landing the top pick, and now there are plenty of options available for Gersson Rosas and the Timberwolves front office.

Edwards seems to be a good fit alongside Towns and Russell, but they will certainly explore trade possibilities since there are reportedly many teams in love with Ball who might be willing to give the Wolves an established wing (who might actually play some defense) in return. As an organization all you want is options, and after winning the lottery the Wolves hold all the cards.

Things were already bleak in Detroit, and this certainly doesn’t help. The Pistons had the fifth-best chance of landing the No. 1 pick but instead ended up at No. 7, where it will be hard to find the potential superstar the roster so desperately needs. With Blake Griffin’s health issues and a lack of young talent, the Pistons could be looking at a long and arduous rebuild.

After losing Kemba Walker to free agency, the Hornets exceeded expectations this season by winning 23 games through mid-March. The downside of that was supposed to be lower draft position in what was supposed to be a tank year, but lo and behold they ended up with the No. 3 pick. The Hornets have a host of promising young players, led by Devonte’ Graham, Miles Bridges and PJ Washington, so adding another top-three prospect might make their climb back to the playoffs more abbreviated than expected.

During the NBA Draft Lottery show on ESPN, Edwards and Ball were given a brief amount of airtime to talk about themselves as prospects. Ball came on first and talked about his growth as a person and as a player while playing professionally in Australia, and then the focus turned to Edwards, who didn’t exactly instill confidence in those hoping to select him in October.

When asked what he learned as a freshman at Georgia, he said he learned how to deal with bad performances, following that up with: “I feel like I had a lot of bad games.”

You could just sense his publicist off-camera wildly gesticulating toward the list of talking points they surely went over before the appearance. Oh well, it likely won’t hurt his draft stock. But it probably wasn’t the best first impression for Edwards to make on his future fan base, wherever it may be.

One could argue that the Bulls were (sort of) in the playoff race this season in the East, so it’s a bonus for them to jump to No. 4. They’ve undergone massive changes in the front office and fired coach Jim Boylen this offseason, and nothing gets an organization back on track like a high draft pick … as long as you don’t screw it up. The Bulls have a lot of young talent with Zach LaVine, Lauri Markkanen, Coby White and Wendell Carter Jr., but they’ve yet to translate it to wins. Securing the No. 4 pick gives them the option to draft another young player or package the pick with one of the assets new management isn’t too fond of for a player or two that can help them win now.