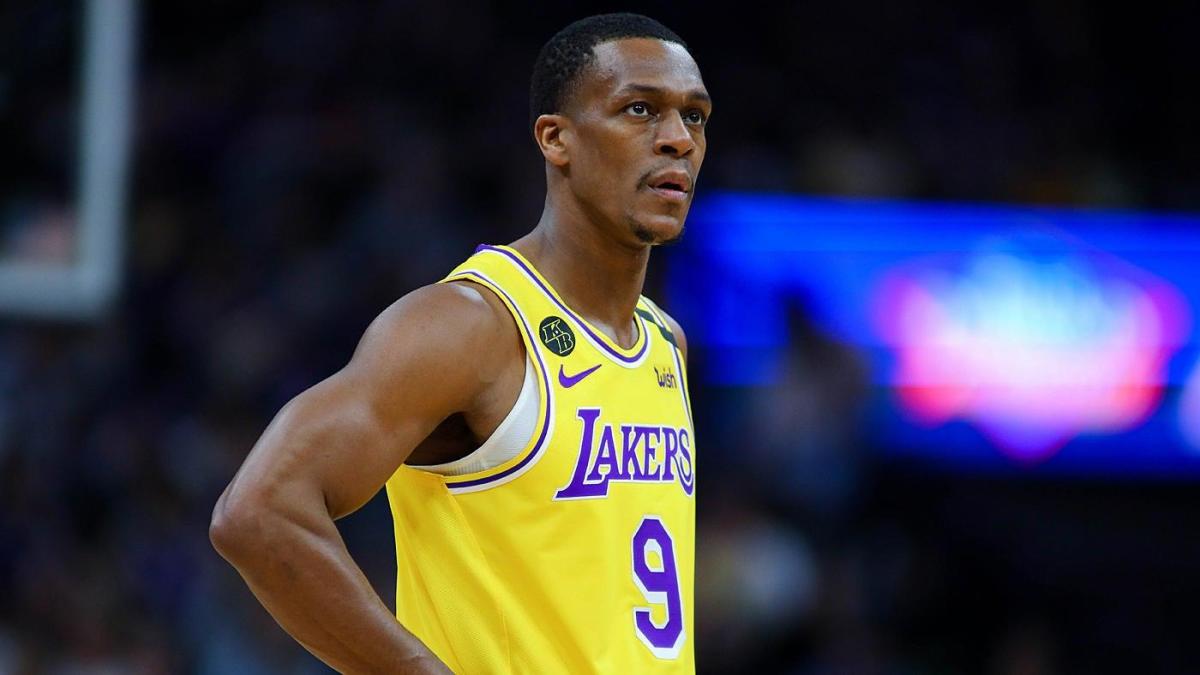 Los Angeles Lakers point guard Rajon Rondo completed quarantine on Monday and has been medically cleared to play, but he did not suit up for Tuesday’s 100-93 Game 1 loss to the Portland Trail Blazers. Things could change for Game 2, however, as Rondo will be listed as questionable for Thursday, coach Frank Vogel said Wednesday.

Lakers head coach Frank Vogel has yet to pinpoint a date for Rondo’s return to the lineup, but he began on-court work on Monday and the Lakers have continued to evaluate him. Rondo broke his thumb during a practice in Orlando before seeding games began. His initial timeline was six-to-eight weeks, and we are now at the five-week mark. He has not played for the Lakers yet at Disney.

Though the Lakers may be scrambling for answers after a mediocre start to the bubble, Rondo’s return would be something of a mixed bag. His playoff reputation is well-known. He averages more points, rebounds, assists and steals in the playoffs than he does in the regular season, though context matters there, as many of his recent underwhelming seasons have not included postseason trips. Still, his overall playoff resume is quite strong. He has a championship under his belt with the 2008 Celtics and a number of sterling individual performances, many of which, ironically, came against current teammate LeBron James.

But Rondo’s performance this season has been subpar to say the least. The pre-pandemic Lakers were 8.1 points per 100 possessions better with Rondo on the bench than on the floor, representing by far the biggest gap among their rotation players. His replacement, Dion Waiters, has essentially had the opposite effect. At Disney, the Lakers were a staggering 22.4 points better per 100 possessions with Waiters in the game than when he sat. The Lakers sorely needed scoring punch when James went to the bench, and Waiters has not only provided it, but in doing so, has opened up the floor for the rest of the bench.

The Lakers have championship-caliber talent on their roster, but managing their rotation is going to be essential to their title push. As thin as they are in the backcourt right now with Avery Bradley not playing in the bubble, they will have to let matchups and merit dictate who receives playing time. Rondo’s reputation has to translate to tangible production for him to earn major minutes in the postseason.