Love conquers the Oaks to pull off classic double 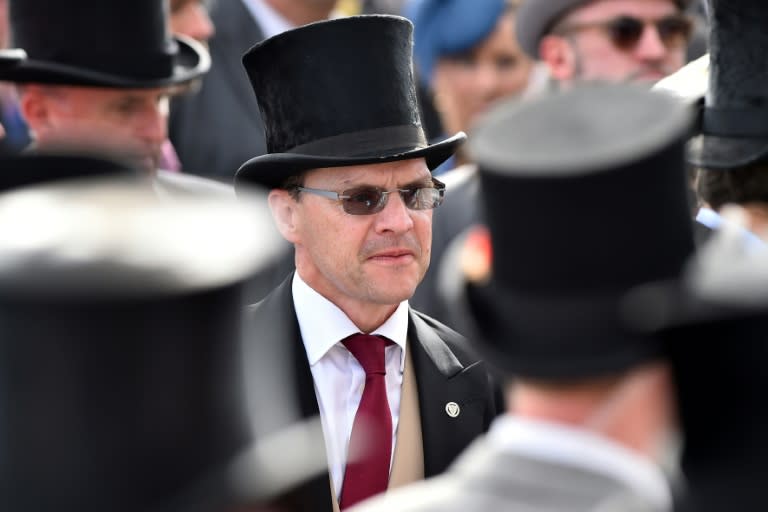 London (AFP) – Love added the Oaks to the 1000 Guineas in sublime style on Saturday at a deserted Epsom to become the first since her Aidan O’Brien stablemate Minding in 2016 to do the classic double.

Once Ryan Moore hit the front there was no contest as she pulled away to win by nine lengths from another O’Brien runner Ennisytymon.

The meeting is being held behind closed doors to combat the spread of the coronavirus pandemic.

Frankie Dettori’s strongly-fancied ride Frankly Darling flattered to deceive but never threatened and had to be content with third.

For 50-year-old O’Brien it was his eighth win in the race equalling the modern day record of the late Henry Cecil.

Love also became the 49th filly to do the Guineas/Oaks double.

“She is very genuine really tries.

“Ryan gave her a great ride. She was working so well you never know what is going to happen but we were confident.

“She is very special. Hard to say one could have a better filly than that.”

Moore — winning it for the third time — said he had been only slightly concerned when the two pacemakers Tiempo Vuela and Passion had forged a 12 lengths lead.

However, the Englishman said his mount had too much class once the two leaders had been reeled in.

“It is never ideal when a race opens up like that with the front two setting the pace at that speed,” he said.

“This filly is very special.

“She did not stop at all and picked up again.

“You never expect to win a classic by that margin.

“She has taken a step forward from the Guineas.

“Absolutely up there with the best I’ve ridden.”

Dettori said the winner was just too good.

“At best I would have been second, there was no contest I am afraid,” he said.

O’Brien and Moore could add the Derby later on Saturday with the latter riding Mogul, one of six runners for the Irishman.

Victory for O’Brien would be a record eighth in the blue riband race whoh is bing run behind closed doors due to the coronavirus pandemic.