Palmer hopes Emissary has blossomed in time for the Derby 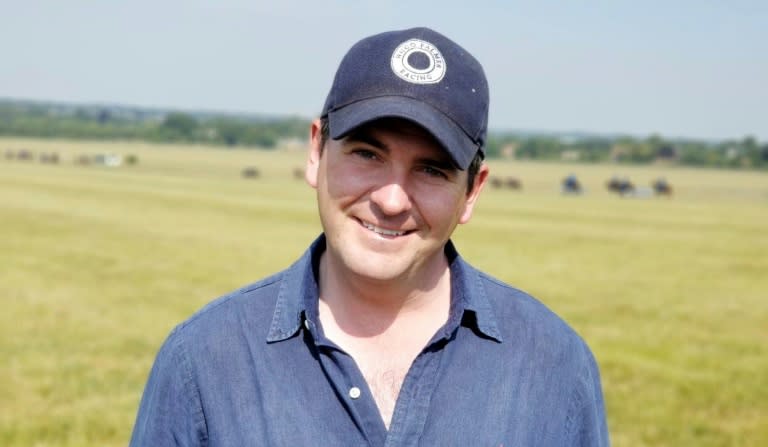 London (AFP) – Hugo Palmer can follow in the footsteps of trainers like George Carver, Geoff Wragg and William Haggas if he wins the Epsom Derby at the first attempt with his runner Emissary on Saturday.

The 39-year-old says he has been fortunate in the Derby being postponed from its original June date, because of the coronavirus pandemic, as Emissary would not have been ready.

However, with the benefit of a run at Goodwood in what was only his second race, Palmer told AFP he felt he had come on leaps and bounds.

“It is like waiting for a flower to bloom. You can’t stare at it, you put it in a sunny window and make sure it gets enough water,” he told AFP by phone.

“If Epsom had gone ahead as planned we would have missed the boat.

“That run has brought him forward an enormous amount having been rusty before.”

Palmer said he adheres to the beliefs of Federico Tesio, the legendary Italian breeder, who bred two-time Arc de Triomphe champion Ribot (1955/56), of the prestige of the Derby.

“The Thoroughbred exists because its selection has depended, not on experts, technicians or zoologists, but on a piece of wood: the winning post of the Epsom Derby,” said Palmer citing Tesio word for word.

“If you base your criteria on anything else, you will get something else, not the Thoroughbred.”

Palmer admits the nerves are jangling and every time his phone goes he fears that something has “gone awry” with Emissary.

He says for his stables — which is around 100 strong — it is very exciting to have a contender for the Derby.

“Thing is you have to think a horse is pretty special to contemplate running in a classic,” said Palmer, who won the English 2000 Guineas with Galileo Gold in 2016.

“They are the best of the breed of their year, that is why they exist, they define the generation.”

Emissary will seek, 10 years on, to emulate his half-brother Workforce in winning the ‘blue riband’ of flat racing for owner/breeder Khalid Abdullah.

“Prince Khalid is one of the greatest owner/breeding operations the world has ever seen,” said Palmer.

“It is amazing having researched it how many times brothers won the Derby.

“Soviet Moon would be the 13th mare to bear two Derby winners if Emissary wins.”

Emissary will be in the more than capable hands of 2016 champion jockey Jim Crowley, who will ride him for the first time on the gallops on Thursday.

The 41-year-old Englishman describes his third ride in the race — he finished fourth in the 2017 renewal — as a “lovely one to pick up”.

“It is the most important classic without a shadow of a doubt with crowds or not (it is being run behind closed doors),” Crowley told AFP.

“You can’t win it sitting in the weighing room so to be in with a chance is terrific.”

Both Crowley and Palmer pick out Kameko — bidding to seal the classic double of the 2000 Guineas and Derby — and Lingfield Derby Trial winner English Prince as the form horses.

However, perhaps the greatest challenge is to combat the seven runners from the Irish stable of Aidan O’Brien.

“It is always difficult taking him (O’Brien) on when he has several runners,” said Crowley.

“With a field of 17 runners you need a lot of luck.

“Without a doubt it will be a very rough race round there and it is not always the best horse that wins.”

The former jumps jockey says watching when he was 16 Willie Carson win the 1994 Derby on Erhaab set his pulse racing.

“Will I be tossing and turning on Friday night?

“I have been around long enough that I don’t do nerves.”

The Tennis Podcast: Boris Becker shocks the world at the age of 17